As CEO and Founder of Elite Speed, Coach James is passionate about our youth and their success in athletics. Coach James’ love for athletics and youth inspired him to give back to the community and build something bigger than himself. Through Coach James’ years of experience, he hopes to do what athletics did for him— aspire, achieve, and advance.

As a star standout in football and track & field for Edwardsville High School from 2008-2012, Coach James went on to compete at the collegiate level for McKendree University in both sports. Coach James excelled over those next four years, becoming a 4x GLVC All-Conference receiver and earning GLVC conference championships in the 60 meter dash and 200 meter dash. In 2014 Coach James earned 2nd Team All-American in the 60-meter dash running 6.77 seconds. The following year in 2015 Coach James became McKendree’s first Track & Field athlete to become a First Team All-American by placing 5th in the 60-meter dash running a time of 6.73. During his time at McKendree, Coach James left a mark on both programs as he became the All-Time Leader in All-Purpose Yards for McKendree Football, going down as one of the top sprinters in McKendree Track & Field history.

Coach James earned his B.S. in Exercise Science from the University of McKendree, eventually taking on the role of Lead Trainer and Head of Business Operations for Nxt Level Performance Institute over the next three years. Following his role at Nxt Level, Coach James accepted a position as a teaching assistant at Belleville West High School, while also becoming a varsity wide receivers coach for the football team.

The most important factor Coach James wants to instill in his athletes is the perseverance to achieve their fullest potential in all aspects of life. 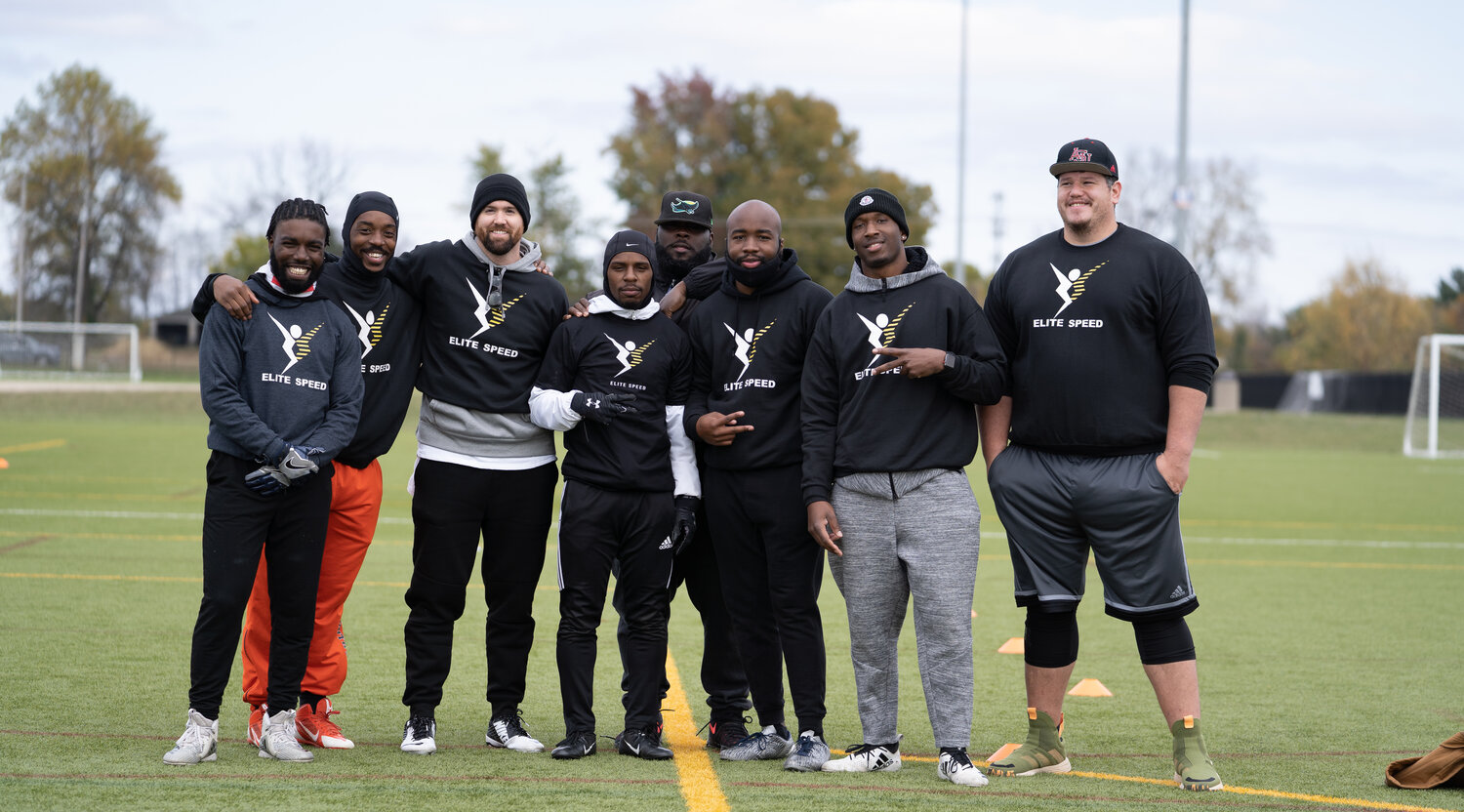 Elite Speed is an athletic program that seeks to provide the highest quality of training and exposure through education, leadership, discipline, and motivation. Elite Speed wants to ensure that every athlete that participates in our program leaves a better athlete and more importantly a better person. 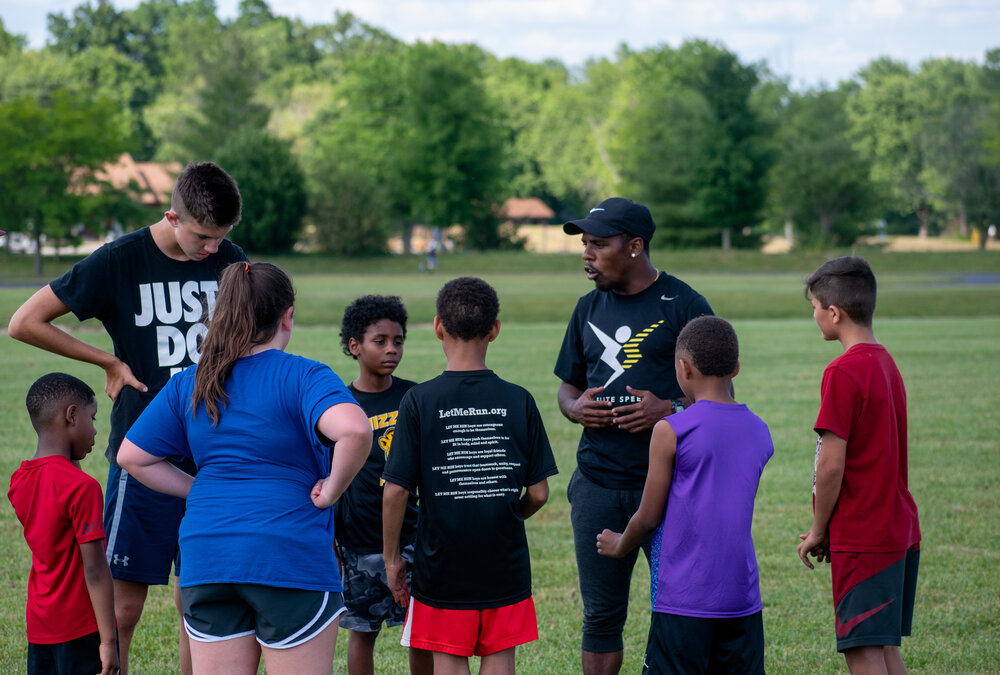 Our goal at Elite Speed is to serve as a resource for boys and girls in the St. Louis Metropolitan area. At Elite Speed we thrive off our 3 pillars of success: Aspire. Achieve. Advance. Our program provides athletes with the necessary tools to enhance their athletic abilities to an elite level. 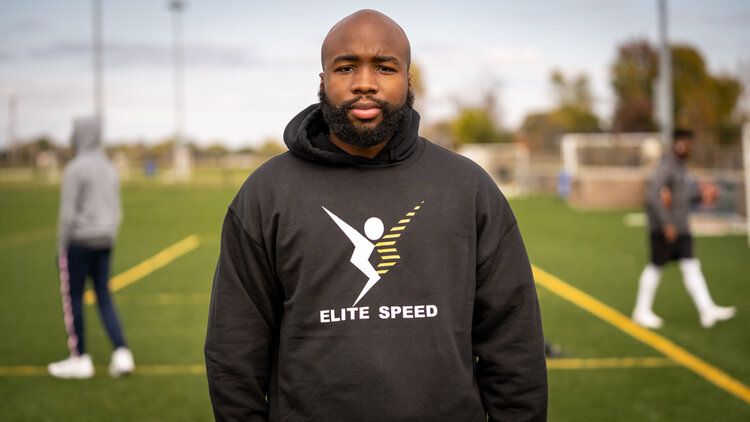 Boyd graduated with a bachelors degree in Special Education K-12 from the University of Northern Colorado (UNC).

During his four year career at UNC, Boyd played safety for the Rams, earning his stripes as a 3 year as a starter, and eventually becoming team captain his final year.

Currently, Boyd is a Behavior Development Teacher in the Individualized Education program at Belleville West High School and is the Defensive Coordinator/Defensive Backs coach for the football team. 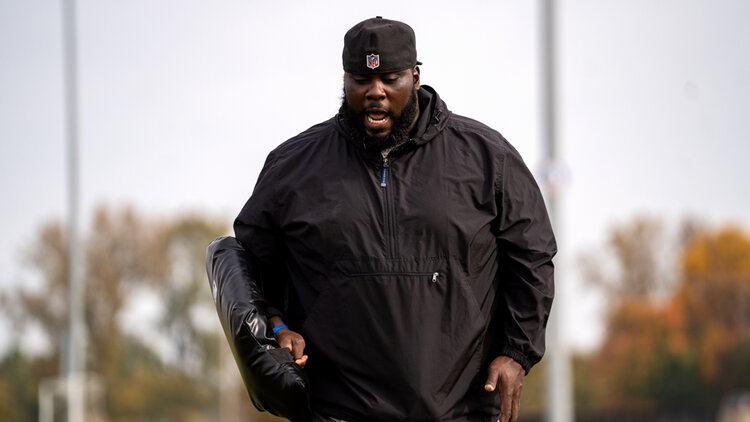 Poe is the son of former, eight-year NFL cornerback, Johnnie Poe. Coach Poe is an East St. Louis Senior High School alumni, where he was a three time All-Conference player, two time All-Area player, and earned All State honors as a lineman. 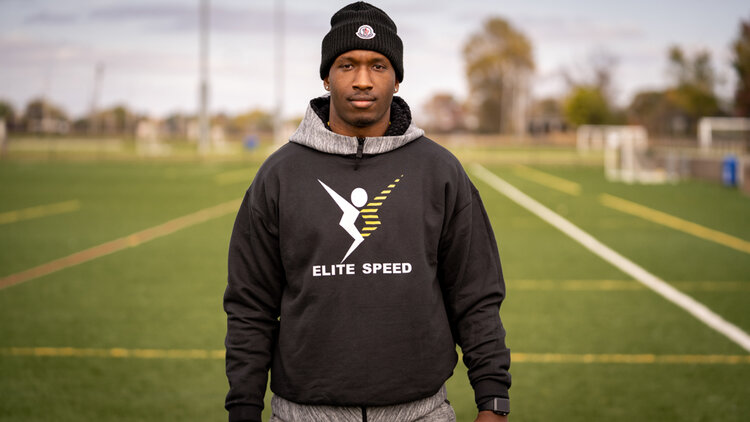 Although Tucker was an All-Conference athlete in both sports, the majority of his accolades came from football, where he earned honors an All-State, All-Metro, and Metro-East Player of the Year as a linebacker.

Tucker went on to play football at the Division 1 level with North Dakota State University Bison. He was an all-conference football player and was apart of four national championships, as well as a 55-5 record during his four years there. He was also given professional opportunities with the NFL, CFL, and YourCall Football.

Chrys, a star athlete in football, basketbal, and track from Edwardsville High School (2012-2016), earned All-Conference honors as a WR and CB.

Graduating with a 3.4 GPA and beinga Dean's list recipient, Chrys earned his B.S. in Managememnt with a concentartion in sports management. Currently Coach Colley is varsity DB coach at Alton High School and JV Defensive Coordinaor.